May took us to MOCA to see Kerry James Marshall: Mastry, the first major retrospective in the United States of the figurative painter’s work. Marshall was just named one of Time’s 100 Most Influential People of 2017! Before seeing the exhibition, assistant curator Anna Katz spoke to us about how Marshall’s experience of the Alabama 16th Street Baptist Church bombing, when he was eight, and the Los Angeles Watts riots, when he was ten, profoundly affected Marshall’s work. The now nearly 600 year history of painting contains remarkable few African American painters and even fewer representations of black people. Marshall, a child of the civil rights era, set out to redress this absence. He decided to only paint black figures. A deeply accomplished artist, who makes ravishing paintings, his works are joyful in their consistent portrayal of African Americans.

After the meeting we enjoyed a delicious buffet lunch served on the sun-dappled and pleasantly-breezy patio of the chic Otium restaurant.  Thanks to the Program and Hospitality chairs for another wonderful outing in Los Angeles. 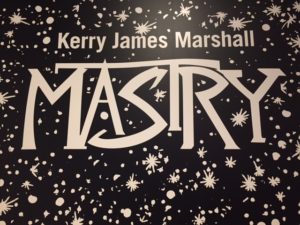 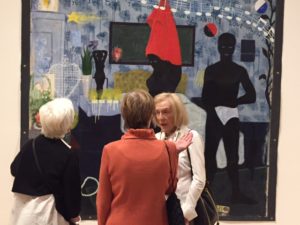 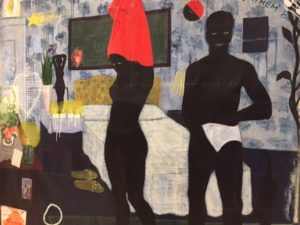 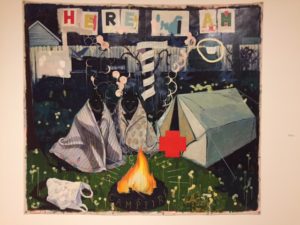 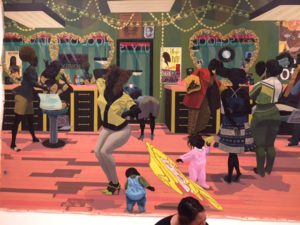 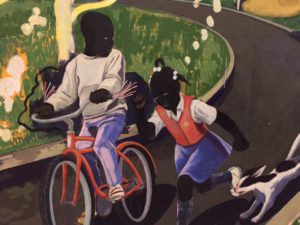 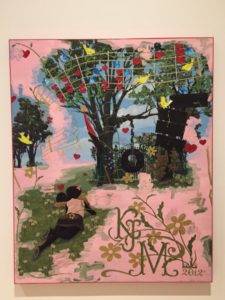 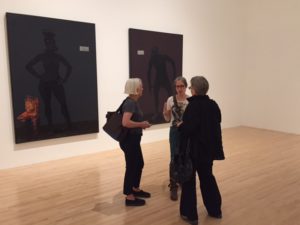 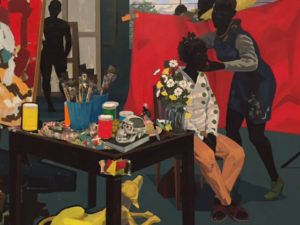 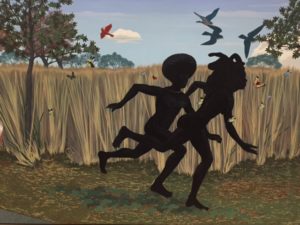 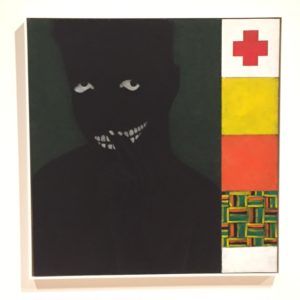 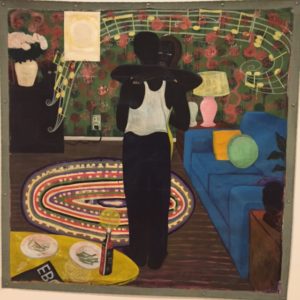 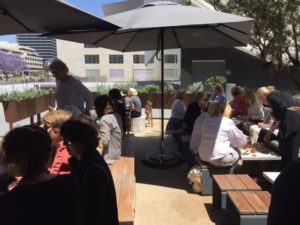 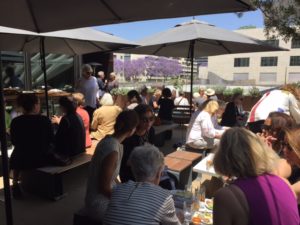 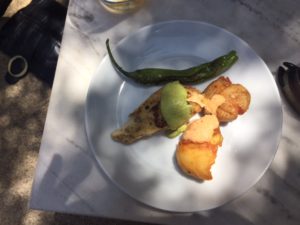