On March 7th, PAA Education in LA organized a visit to

The Underground Museum. This unique institution, a storefront open to the public on Washington Blvd., brings first class contemporary art to the people of West Adams/Crenshaw area.  The museum has now received it’s second PAA grant supporting exhibits – including Artists of Color.

Artists of Color is the Underground Museum’s third exhibition curated by the late artist and co-founder Noah Davis. It presents color-driven work in the form of monochrome, hard-edge and color field painting, sculpture and immersive installations that focus on acts of visual perception. Varied and vibrant hues made by paint, plexiglass, florescent tubes, and pigment sculptures offer an opportunity to reflect on the various ways that color is defined and deployed by different time periods and cultures. On view are some of the most well-known names in contemporary art, including Josef Albers, Michael Asher, Jo Baer, Dan Flavin, Carmen Herrera, Ellsworth Kelly, Jennie C. Jones, and Donald Judd, among others.

Megan Steinman, Director of the Underground Museum and an independent curator, writer and producer gave us a delightful guided tour of the exhibition and history of the museum

Afterwards, members enjoyed the beautiful garden space and a delightful lunch furnished by the Good Girl Diner. If you haven’t been to The Underground Museum, we encourage a visit. 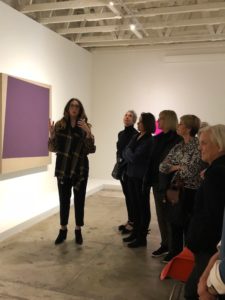 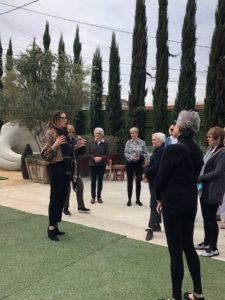 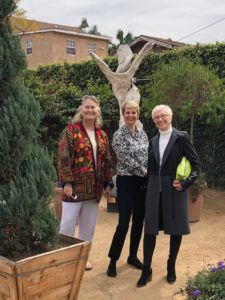 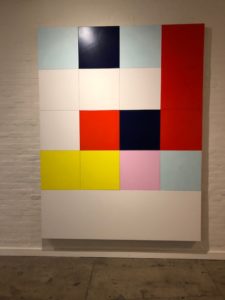 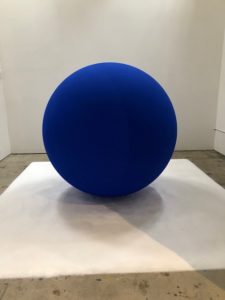 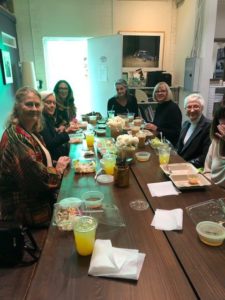 Lunch at The Underground Museum