Through rain and wind and flooding streets, the courageous women of the Pasadena Art Alliance braved the elements to attend the December 6, 2018 meeting and exhibition hosted in the Los Angeles Arts District on one of the rainiest days on record.  Since MOCA Geffen did not have a meeting space, the members first gathered at the National Center for the Preservation of Democracy (quite a mouthful!) which is adjacent to the Geffen.  After swapping travel tales of woe (Californians!!), shaking off their drenched umbrellas, and removing their wet rain boots in a feverish attempt to get their socks to dry, the members settled in to hear announcements from the Board.
President Bea Trujillo announced that May 9th will be the new meeting date for that month, since the Education Outside of LA will be during the first week of May.  Treasure Sale chairs Barbara Davis and Mia Dean modeled and exhibited some of the gems that will be available for sale at the event in April.  Patron Co-Chairs Ann Barrett and Patsy Pinney continued with their clever Breakfast at Tiffany’s shtick in promoting the event to potential donors (although some members in attendance were slow to catch on to the theme this time…must have been the water in their ears!!) The dynamic duo of Gina Knox and Laura O’Connor flamboyantly (with L.O. handcrafted head-dresses that would make the Rockettes jealous) announced the details of the trip this year:  Washington DC, April 29 through May 3, 2019 and anyone interested in joining should get their deposit checks of $500 to Laura’s house by 10 am on January 7, 2019.
Next, Assistant Curator (for now) Rebecca Matalon, gave the group an overview of the PAA funded Zoe Leonard: Survey.   She describe the survey, which includes photography, conceptual images and objects, as one that “reveals pathos, affect and melancholy.”  She went on to say that Leonard is interested in “difficulty and jarring juxtaposition of imagery.”  The group then enjoyed docent led tours through the Geffen, which also exhibited a Laura Owens show in adjacent galleries.  Following the tour, lunch was found at the nearby Far Bar, which was set up beautifully to host the rain-soaked crew with a delicious, warm buffet meal.  The rain did not let up for the commute home, and some brave souls (or smart!) could seen headed to the convenient Gold Line Metro station. Just enough time to put water-logged feet up before the next event of the day! 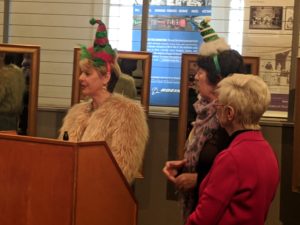 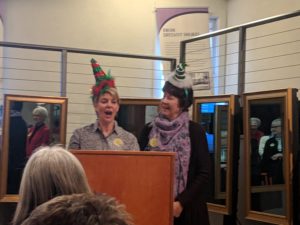 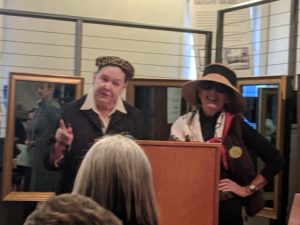 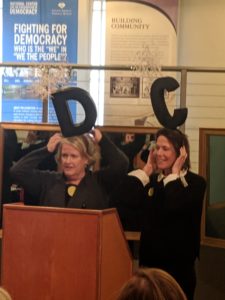 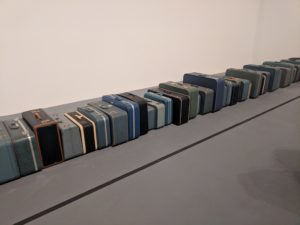 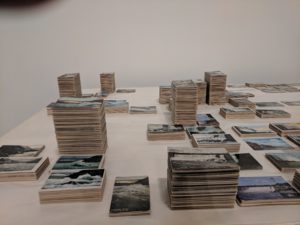 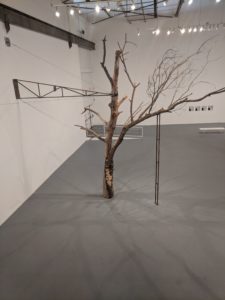