LOVE is always in the air in February, but it was a particularly “FEEL-GOOD” time to be a member of the Pasadena Art Alliance at this month’s well-attended gathering.
First of all, Annaly Bennett and her crafty crew of helpers had scads of hand-made VALENTINES available for sale in the courtyard of the Conservatory prior to the meeting. Each and every card was snapped up by the membership, which will greatly benefit the coffers in the Endowment Fund!
Announcements were made during the business portion of the meeting, which made everyone LOVE being a patron (“you’ll feel happier, sexier, younger, more engaged”), HEARTily– ANTICIPATING the Treasure Sale (drop-offs again this Saturday, a location has been found—same spot on Lake as last TS), and opportunities were listed for those that are AFFECTIONATE about discovering the Art all around us (don’t miss viewing the Ai Wei Wei documentary “Never Sorry” and another Ed in LA trip is planned for 2/12- see Leslie Prussia for more info).

Next came Carol Econn’s Grants presentation (Judy Plunkett, Co-Chair was under-the-weather). She began by saying that her committee was APPRECIATIVE of the efforts of last year’s benefit team (Susan Crawford and Karen Hillenburg were chairs), as they were able to make $305,000 AVAILABLE for disbursement to this year’s grantees. Grants will be given to 28 organizations (the committee had to whittle down the initial 46 applicants), two of which are new to the PAA: Craft in America and Women’s Center for Creative Work. The Art Alliance is certain to be ADORED when the grants checks are given out on March 19th!
The PASSION for collecting Latin American Art definitely came through in featured speaker (and PAA member) Betty Duker’s presentation that followed. Betty described how she began collecting as soon as she got out of college, the criteria she initially set out for herself and how her collecting habits have evolved over the years . One of her tenets is to collect only the BEST of the artists’ works that were available, even if there are other TEMPTATIONS. Betty’s collection and her ability to speak so eloquently about this topic was an INSPIRATION to all. 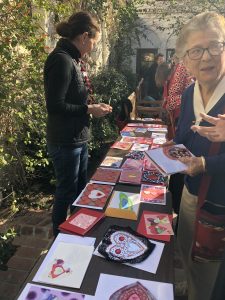 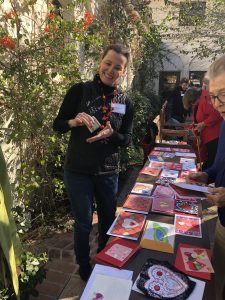 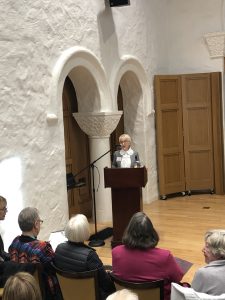 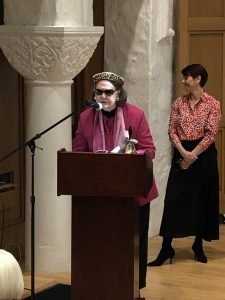 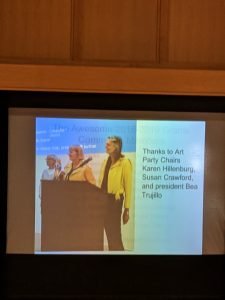 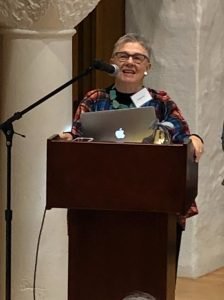 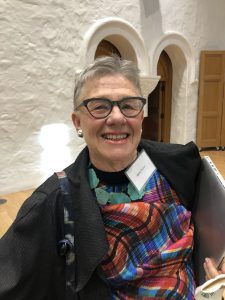