Gathering for the May meeting in the familiar confines of The Armory, the members of the Pasadena Art
Alliance had much to discuss, with the year rapidly coming to a close. Accolades were given to the
entire TS19 team for a MOST successful Treasure Sale…still tabulating results, but most likely the MOST
funds ever raised in the history of the Tiffany of all rummage sales. Mary Alexander announced the
winner of the 2019 Impact Award: Ryman Arts, which offers intensive out-of-school studio art
instruction, college and career guidance, art supplies, and support services—all at no cost to the
student. Ryman will receive the $25,000 award at PAA’s Annual meeting in June. President Bea also
reported on the just completed Education Outside LA trip to DC, as both chairs were traveling (natch).
Membership chair Katie High informed the group that the PAA will have four new members join its ranks
for the upcoming year and that they will be introduced at the Annual meeting.
Next, Armory’s new Executive Director, Leslie Ito gave a warm welcome and thanks to the organization,
not only for its long-time support of the Armory but also for the gifts supporting contemporary art that
PAA makes throughout the city year after year. Curator Irene Tsatsos then gave a brief talk describing
the artist and show that is now exhibited in the gallery, “Sara Kathryn Arledge: Serene for Now,” which
has been supported by a PAA grant. Arledge was first introduced to the PAA five years ago in a group
show which highlighted some of her works on paper, but this exhibition, which is more comprehensive,
also includes some of her film work. She is considered a pioneer of ciné-dance (dance made uniquely by
and for the medium of film) and was one of the first to film dance movement to “extend the nature of
painting to include time.” Members were given the time to enjoy the show in detail and then a delicious buffet lunch provided by The Spot was enjoyed in the studio. 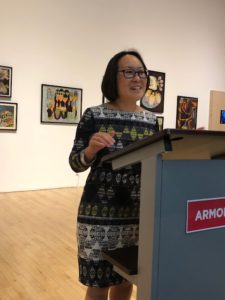 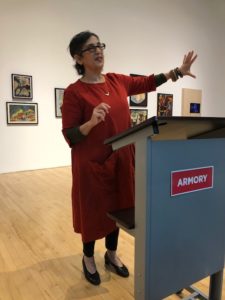 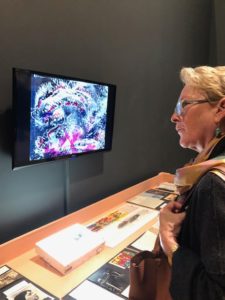 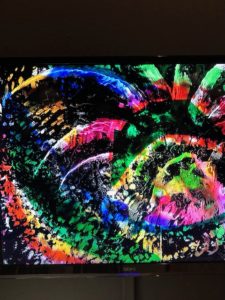 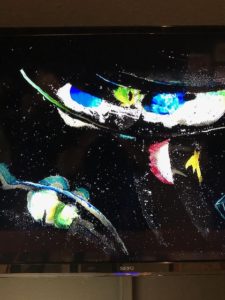