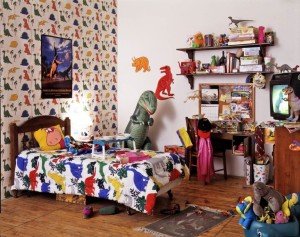 Founded in 1979, MOCA collects, exhibits, and interprets art created since 1940 in all media, and is dedicated to preserving it for future generations. The museum is housed in three locations, MOCA Grand Avenue, The Geffen Contemporary at MOCA and MOCA Pacific Design Center.

The grant will go in support of the exhibition “Don’t Look Back: The 1990’s at MOCA,” which will be a large-scale showcase of works from MOCA’s permanent collection, many of which have never been exhibited.  The show will include Southern California artists such as Paul McCarthy, Catherine Opie and Jason Rhoades and will run at The Geffen Contemporary from March 12, 2016 through July 11, 2016.